81% of all women and 43% of all men
experience sexual assault or harassment
in their lifetimes.
Only 23% of incidents are even reported. The path to recovery from the trauma of
sexual assault or harassment is already well-traveled
and should not be taken alone.

Surround yourself with a support team and innovative interventions.

I am here to help you find what you need to make empowered decisions at every stage of your journey. Your information is protected by the attorney-client privilege. *

* The attorney-client privilege means whatever you share with your lawyer in confidence cannot be used against you in a court of law.  In contrast, others (family, friends, etc.) can be called as witnesses in court and forced to testify about your conversations and behaviors.

We do not pretend to know what is best for you.

Instead of blaming or shaming “victims,” we seek to believe survivors and support their healing process on their terms.

Our culture chooses to believe that everyone is innocent until proven guilty. Logically, that means that those who report such incidents are assumed to be lying until they prove their experience to be true.

Research shows that only 2% to 8% of sexual misconduct reports are untrue.

What most of us don’t understand about sexual predators is that we are usually not the only one they have offended.

Often, it takes the compromised safety of others to push us to take the risk of breaking our silence because there is often a price to pay.

Often we carry the burden of what happened alone. I am trained to receive your story as it deserves to be heard and believed.

Your appointment is with me, and your confidentiality is protected under the attorney-client privilege.

We are a Visionary grass-roots law firm
Evolving our cultural norms to
Rise above sexual violence
through Innovative
Transformative Justice ApproacheS.
(VERITAS = Truth) Heather’s passion for women’s rights began when she spent a year in Istanbul, Turkey, as a student ambassador through Rotary International. Little did she know she had been purchased at a Rotary auction by the highest bidder to tutor the nine-year-old daughter of a Turkish businessman.

Upon Heather’s arrival in Turkey, she soon learned the host mother’s nose had been recently broken by the host father.

Heather was not allowed to leave the apartment for 6 months except to attend school. She was 19 at the time. After secretly negotiating to find a new host family with her school counselor, Heather was finally allowed to be escorted outside the home.

Upon returning to the United States after this life-changing year, Heather completed her college studies and enrolled into the Georgetown Law Center. She focused on Civil and Human Rights winning the national Pro Bono Publico award for her non-profit project empowering service workers on Capital Hill.  The Capital was considered the “Last Plantation” because of its racial divide.

Heather chose Georgetown Law Center because it was the only law school with a clinic where she could learn to draft and pass federal legislation, and so she did, on behalf of people with disabilities.

While there, she volunteered to work on a class action lawsuit brought by the Washington, D.C., female prison guards for sexual harassment and assault by the male guards that made her Istanbul experience seem like a walk in the park.

After lobbying with talking points on Capital Hill, she realized that lawmaking wasn’t based on merit, truth or even common sense, but mostly on wealth, privilege and retaining both.

In hopes of making a difference without losing her soul, she followed her passion for social justice to finish law school at Boalt Hall, Berkeley, California, where she became a civil rights attorney under the mentorship of Pamela Price and George Holland, both esteemed African-American litigation attorneys in Oakland.

Over 20 years later, Heather continues to transform the practice of law by balancing a traditionally masculine system with feminine wisdom and instead of looking for power outside of herself, she finds it within.  She’s not willing to settle for basic human rights.  She wants ALL of us to reach our greatest potential — freedom and fulfillment for all.

She hopes that one day, everyone, everywhere can know and expect informed consent to be the norm in a world where everyone feels safe. 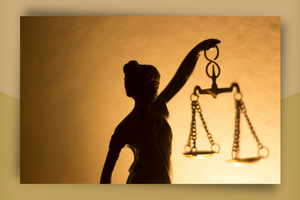